The pleather table was cold as arctic air streamed from the AC vent above. Your legs stuck to the sanitary paper as you scooted onto the examination table. Funny, as cold as it was, you were warm as your heart raced in anticipation (or is that fear).Your doctor came in and you could tell that he was going to give you “the speech” again.

But this time, he looked a bit more serious than normal. It’s almost as if his lab coat was a smidge whiter and his voice a bit deeper.

His seriousness didn’t beat around the bush. “You need to make a change. Now,” he said firmly. And, you knew he meant business. 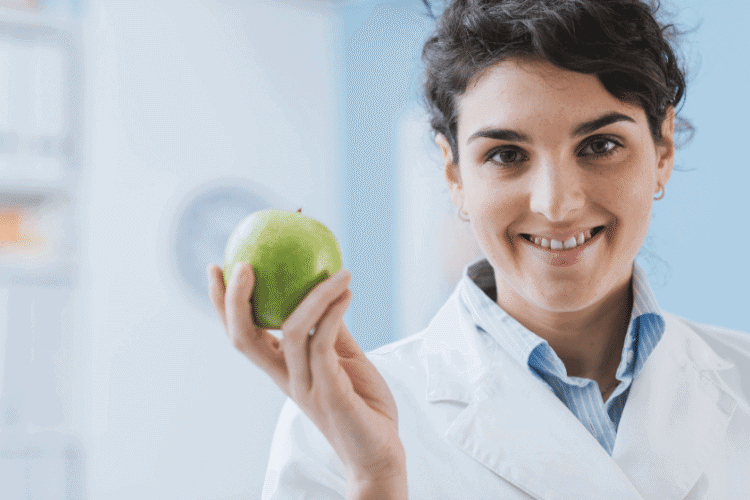 Today we’re going to talk about what to do when you have a true dietary restriction. We’re all familiar with the ‘diets’ that you may find in the latest and greatest book, magazine, or blog post.

But what about the diet that your doctor may give you? The diet that you’re told is essential in order for you to make progress in your health, to avoid disease and, sometimes, death.

WHEN A DIAGNOSIS MEANS A RESTRICTIVE DIET

It’s scary to go to a doctor and get a diagnosis that sounds doom and gloom. As if it wasn’t bad enough already, now you feel responsible for this outcome based on the choices that you’ve made.

Maybe you’ve been overweight for a while–you haven’t watched your triggers and you’re drinking soda like it’s a water fountain in the desert. You go to the doctor and he tells you that you have “the dreaded” diabetes.

What do you do when he hands you a food list that says you’re only supposed to eat the number of carbs you have in your normal snack all. day. long? Or you’re no longer supposed to eat your favorite Moose Tracks ice cream?

It’s really normal to panic or freak out.

For some, it’s enough motivation to make those really hard choices. But for some others of us (raising my hand), it feels like too much.

In fact, it’s overwhelming. We wave the white flag, and we end up doing nothing at all.

Today, I want to speak to that person–to the woman who’s been told that she needs to make changes in her diet NOW, and yet, she feels incapable of doing so.

HOW TO AVOID THE RESTRICTIVE DIET MENTALITY IN 3 STEPS

The changes we’re talking about today are hard. Really hard.

If it weren’t so, there would be no obesity epidemic. There wouldn’t be millions of people who are struggling with scary diagnoses and yet continuing to make less-than-ideal food choices.

If that’s you, if you’re the stuck one–you’re missing two really important things. These two things have helped me make a better choice for my health without feeling like I was put on a restrictive diet.

In my own life, I’ve had to make some choices that changed what my ideal relationship with food would be. I’ve had digestive problems in the past and problems with brain function, and that’s meant that I need to cut out certain foods in order to feel my best.

And, if I frame those things as a “have to,” as something “I must do,” it’s going to be really, really difficult to adhere to them over the long term. All-or-nothing thinking kicks in, and I’m either all or nothing. Mostly nothing. 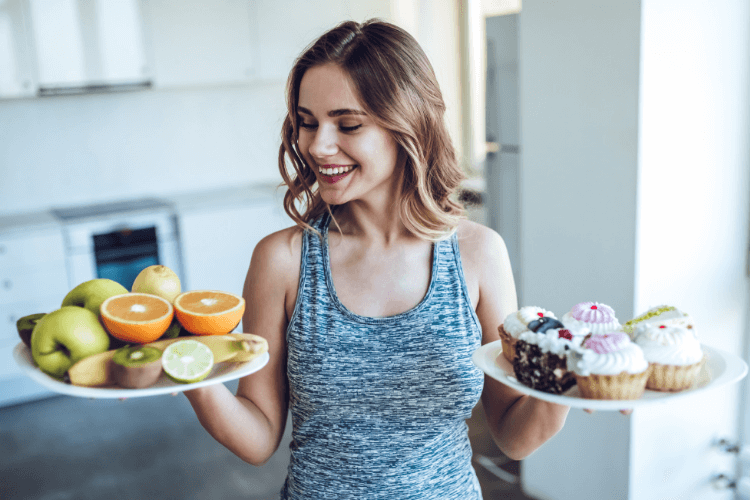 1. TAKE FREEDOM OF CHOICE OVER RESTRICTION.

What is freedom of choice? We talk about it often here because it’s that important.

Freedom of choice is recognizing that you are, in fact, capable of making any choice that you desire. Even if you’re struggling with a bad diagnosis and you know that you’re not supposed to eat chips and queso in order to regain your health, you still have the option to eat them.

If you’re trying to avoid sugar, you can still purchase as many sodas as you want.

Now wait, I know you’re thinking, “Hold on a minute. That’s not so. I was told I can’t have that.”

Yes, you were told that, but you’re still an adult. You have money. You have a car. And, you can go buy and eat whatever you want.

Give yourself that permission. Recognize that you’re the one making the choices. It’s not your doctor telling you that you can’t have these foods. He’s making recommendations, and now it’s your decision.

What are you going to do with those recommendations?

Think about them. Embrace that freedom of choice and make a decision.

(Before I explain this one, I want to say how important it is to consult with your doctor first, because it may be vital that you follow his recommendations to a “T”)

Your doctor has handed you a fuzzy and over-photocopied sheet that says you should eat this and not that. You scan the off-limits selection and see some (maybe even most) of your favorite foods.

You walk out of the office with zero peace. You know your life is blessed and that God has given you so much, and yet, all you can think about is how much you’re going to miss your favorite frozen coffee drink with double chocolate and extra whip.

There’s that overwhelming sense that you can no longer eat anything that you want to. And, you start to panic.

You do your best to implement this new plan but it’s not going well. It feels like you have no choice but to follow the guidelines, and yet, your insides feel like a toddler who’s missed a nap and had a cherry lollipop at the bank.

Words like “can, should, shouldn’t have, not allowed to” are the self-talk indicators that we’re getting outside of freedom of choice. All-or-nothing eating is about to kick in. 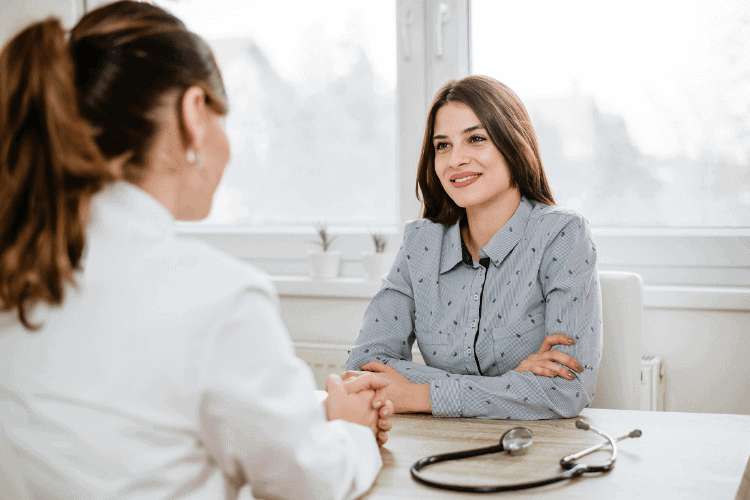 NIX THE DIET MINDSET WITH THESE.

Speak to your doctor about some small, sustainable changes that you can make to get you from point A to point B. Point A is where you are: this is your current state of eating. Point B is where he (and hopefully you) want to be.

In the beginning, you may have to make some more drastic changes than you were hoping. But knowing that you’re the one who’s making the call can make them a lot more pleasant to taste.

It’s not all-or-nothing and it’s not out of your realm of control. You’ve been given these instructions, but it’s ultimately your decision what you decide to do with them.

It’s your health. Seek God and ask what He would have you do. What is your Biblical eating plan?

Ask for the Holy Spirit to open and close those doors to give you guidance about your next best steps.

In that, you’ll find clarity about where you need to go. It won’t be so overwhelming or scary… and you’ll find great reassurance knowing that you’re taking one step at a time in the right direction.

Take a step back and let go of the shoulds you are feeling right now. Give yourself permission to be an adult and make the choice that is best for you, your family, and your witness.

Then, determine what are your next best steps, with your doctor’s help.

What sort of dietary restrictions have you been dealing with and how are you managing it? Will embracing freedom of choice or nixing the all-or-nothing thinking help you in any way?

Brandice Lardner is a Certified Personal Trainer, Nutrition Coach, Author, Amazon #1 Best Selling Author, and Jesus Girl whose mission in life is to help women ditch the diet mentality and find peace with food and their bodies so that they are better equipped to do the great things God has called them to do. 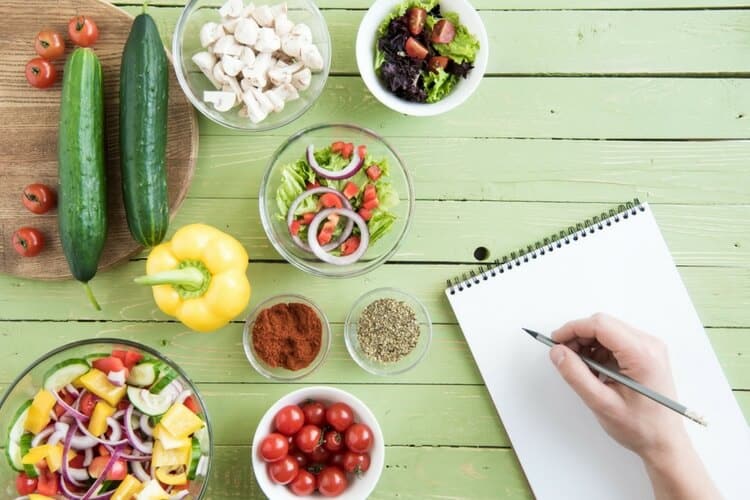 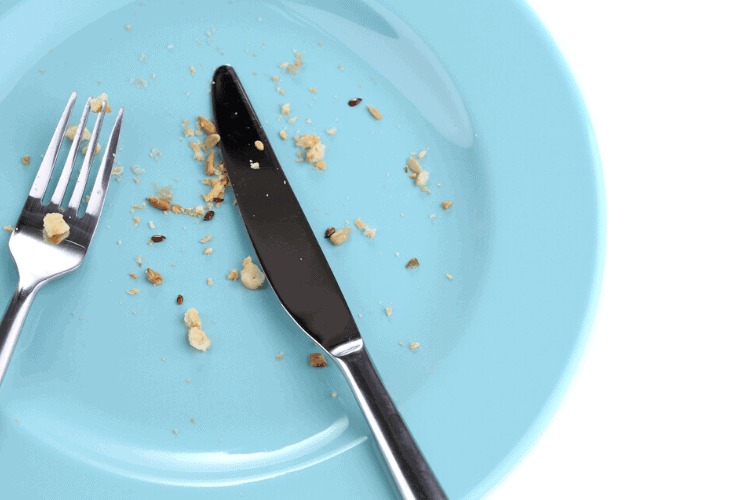 How to Stop Eating (even when you don’t want to)

The Best Healthy Travel Tips and Tricks You Need to Know 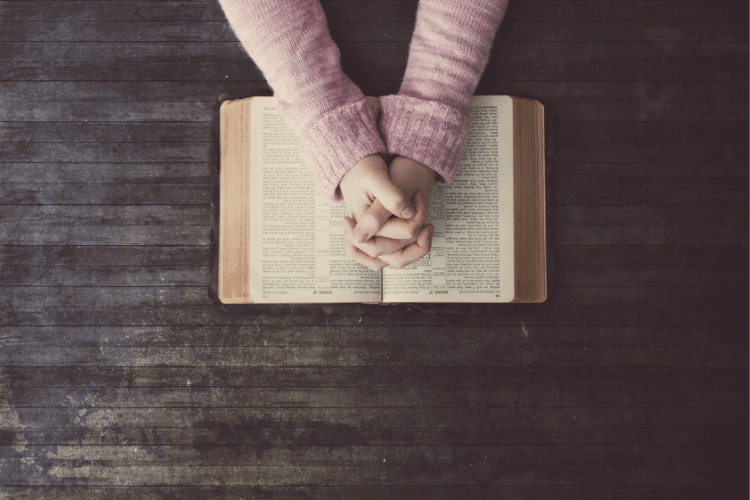 6 Reasons NOT to Use the Bible While Dieting 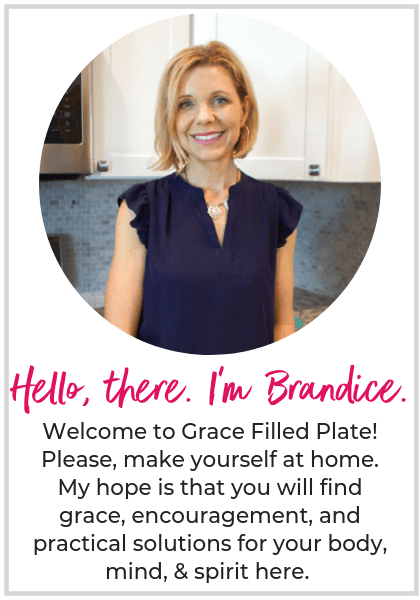 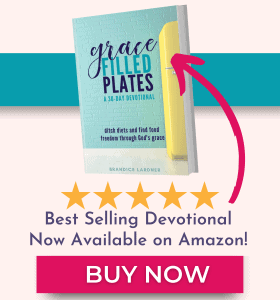 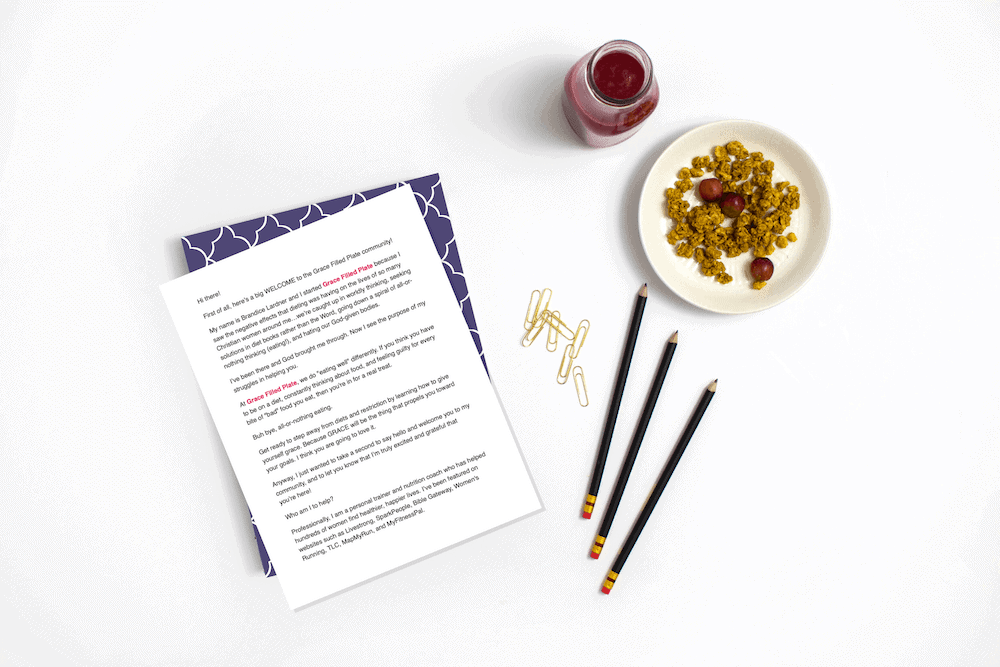 Are you ready to make your FAITH > FOOD?

Get your FREE 7-lesson mini-course delivered right to your inbox!